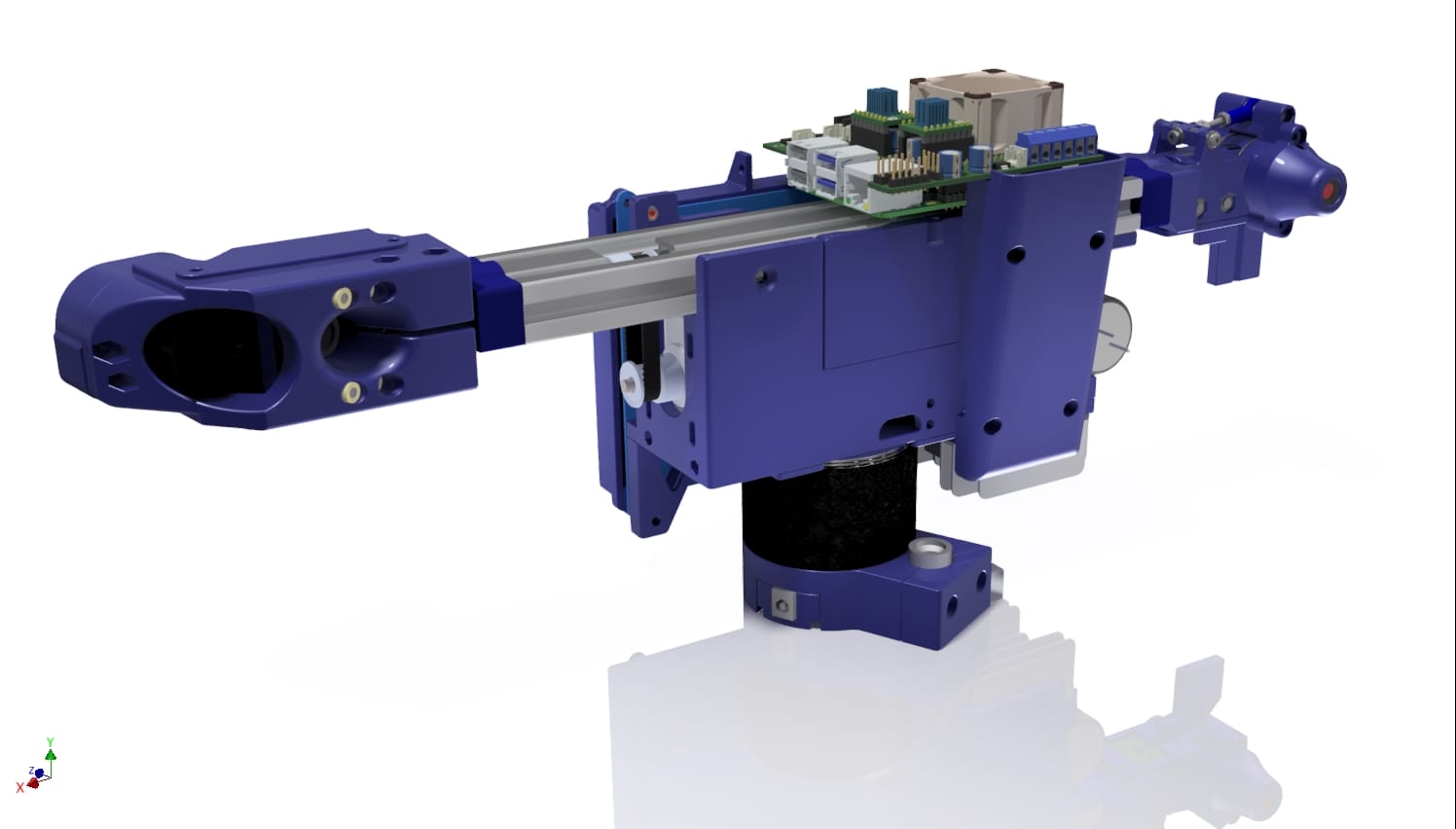 The room reader is a device which takes thousands of measurements – using a line generator and a number of cameras – and then stitches all of the measurements together to create a drawing or model, which can then be used in virtually every CAD system.

The idea of scanning for measurements is nothing particularly new, but the existing tools are either accurate and incredibly expensive (upwards of £16,000), or cheap and inaccurate. By sacrificing speed but not accuracy, this team aim to bring cost effective environment scanning to the market, at a price point that opens it up to many more users than ever before.

In the same way that the RepRap project aimed to bring 3D printing to a mainstream audience, the team aim to bring laser scanning to many users who would not previously have been able to have access to such a technology. And, like the RepRap project, the environment scanner will be open source, to allow users to mould the technology to their own particular uses. The team are using non-proprietary components where possible, to keep the costs down, and make the unit more affordable, both for initial purchase, and should the unit ever become damaged in use. This prototype grant allows the team to develop the parts that have to be proprietary, to manufacturing level, so that they can expedite its route to market.

The team is made up of three companies, all coming together for this project:

Beech Design, who are running the project, a specialist computer aided design company.

Yeti Tool, a CNC developer and manufacturer, who will be manufacturing the product.