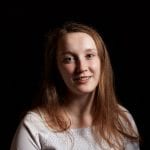 I was excited to be asked to take part in a conversation about the safety and ethics of DNA testing sites for the Anthropology + Technology podcast together with Phil Booth, coordinator of MedConfidential. The acquisition of the genealogy provider Ancestry.com by Blackstone group prompted questions about the value and impact of the data collected by DNA testing companies. In the two parts of the podcast, Zoe Weaver interviewed me on the ethics and consent issues with the genetics testing, as well as the future of precision medicine.

While I hope that you will enjoy listening to the podcast, I have added some further thoughts on the present of genetic testing that have arisen during the Data Fellowship research.

There is a tendency for people to view data from genetic testing as either harmless and inconsequential or a significant part of their identity and future. However, as is often the case, the truth is somewhere in the middle of these extremes.

A lot of the DNA testing companies that have since become household names market their products as educational or entertainment. However, they are using the same tests often used in laboratories and hospitals. So how can DNA testing function as entertainment and a serious research tool at the same time?

Unsurprisingly, the organisations that offer any kind of medical testing are heavily regulated and regularly audited by government agencies. Gaining the necessary accreditation is time consuming and expensive, therefore, very few instances of genetic testing offered to the wider public (also known as direct to consumer testing) can be used as clinical tests.

Combined with the dramatic price drop for sequencing technology, genetic testing has become affordable and available to a large part of the population. Another reason why the tests are so cheap, is because the technology used by these companies (SNP-chip genotyping) is analysed by computer and the final results are created using an algorithm. While this has positive implications on speed and price, outsourcing the entire process to a computer interface has a cost.

As ancestry testing has become widespread, more and more people are finding out the truth about their families and parents in front of a computer screen. With no one else to help to navigate what is known as the non-parental event, people have formed support networks on social media. Similarly, people can receive distressing test results about their likelihood to have a certain disease such as breast cancer without the necessary support. This can lead them to turn to their GP, who would not use the results from a non-accredited laboratory, further increasing the strain on the healthcare system.

While the attitudes towards genetic testing are changing, we need to remember that it is neither a game nor fully written destiny. It is a complex scientific test that can give you more information than you bartered for, yet still leave a lot of questions unanswered.