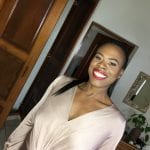 Data Unions are more than just a new data monetisation strategy – they are the beginning of a new relationship between creators and their users. As a general concept, a Data Union is a structure that allows separate entities who generate data to pool their data in order to achieve a common goal, typically to increase its value. Data crowdsourcing via Data Unions provides the ability to incentivise people to produce data into a shared product and be compensated when the data is sold.

Data Unions may differ from each other based on the membership model, use cases, revenue structure and governance, but also share some common components: a group of members contributing their data, an entity providing the application layer to manage the data and a discovery mechanism or marketplace for the data. Data Unions combine real-time data from many members into a single, more valuable dataset. A single data set doesn’t hold much value however aggregated into a pool of data this becomes a more attractive product for buyers.

A Data Union for the South West will enable the population to not only earn passive income when using devices but be part of a societal  and technolgical shift to taking responsibility and asserting control over one’s own data. When citizens truly own their own data and are given the tools to effectively facilitate their newly found autonomy this will herald a new world of human centric, ethical products that serve the user – not corporations.

Data dignity will foster more privacy, economic equality and dignity for billions. The environment of Covid-19 has solidified dependence on digital technology. As working practices change and remote working becomes the norm screen time has increased and social media usage is up year on year.

People are generating more data than ever and are passive consumers of information. Many are ready for change. Few know there is a way to earn money directly from the data they generate. The World Bank predicts 25% of the world’s GDP will be based on data by 2025. Success will come to brands that increasingly create new and meaningful value for individuals in our constantly evolving world, effectively blending purpose with profit. In doing so, companies will help their customers navigate changing views around consumption by delivering intelligent, ethical and engaging experiences.

In establishing a focus group for the Data Unionfeasibility study and initial research we received questions querying where the data was going and who the buyers were. People were also thoughtful about the mechanics of how a data union works. We explained that data is fed from the user device via the app which is attached to a third-party marketplace. This third-party marketplace then packages the data and makes it available for sale. Potential buyers can be advertisers, other data brokers, tech companies or researchers; all who value the collective data created. The third-party marketplace is audited and vetted for ethical compliance. Users are able to see the package of data their data belongs to. There is also an option to ‘white-list’ buyers meaning users can maintain an ethical principle to only deal with responsible companies.

Our prototype is an entirely ethical venture for the public good, redressing the power balance between large data harvesting corporations and individuals. Focusing on redistributing wealth and increasing data literacy and dignity. We’ve centred marginalised people for our target audience as they are the sections of the population who are frequently an afterthought when designing new tech. This product will prove the concept that ordinary citizens can command an equitable share of value for the data they produce; earning income in exchange for their ‘labour.’ The advantages of using a decentralised solution such as blockchain are; micro payments are possible and it removes the middleman or reliance on bigger players. Our solution will also create a super user-friendly mobile app where interacting with decentralised technologies will be frictionless. This is only the first step: an introduction to what is possible for the people of the South West and beyond.