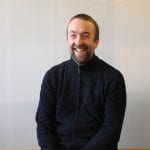 I have never been a very keen reader… While I love hearing about new ideas and getting insights into different ways of seeing the world, I have always found the actual act of reading rather difficult. When I was 14 my dad gave me a book about architecture called A Pattern Language by Christopher Alexander. Although the book was over a thousand pages long it was broken down into 253 ‘patterns’ that could be read in whatever order you wanted. This structure appealed to me as I could dip in and out of the book without having to worry about consuming the entire text. I have been dipping in and out of it ever since.

The book is based on an extensive piece of research undertaken by Alexander and his team in the 1970’s that attempted to map out what makes great architecture. Taking the conclusions of this research the team describe 253 patterns – specific design rules that set out how to create a great spatial or social experience. The rules are both generic and specific – simultaneously describing general problems and proposing particular solutions .

The structure of the book is non linear with each pattern referencing multiple other related patterns. It is intended that when used together these patterns can begin to form an architectural language. Users are encouraged to combine patterns into a patchwork of fragments to create an entire building, neighbourhood or even city. It is also suggested that while the book contains a finite number of patterns there is in fact no limit to the number of possible patterns that could continue to be added.

In a world of millions of web pages all referencing each other with the ability to expand and reconfigure to the users preferences, this non linear structure feels very familiar. However, when you consider that the book was written in 1977 at the very dawn of the personal computer and years before the internet was even conceived, suddenly the book seems to anticipate a seismic shift in the way we perceive and structure the world around us. Indeed “A Pattern Language” has been credited with influencing the development of object-oriented programming languages which now make up a majority of computer software.

The marvel of the book for me is the way that it simultaneously turns an infinitely complex organism – the city – into a set of simple and clearly defined rules and at the same time retains the nuances and deeply human experiences that the rules seek to rationalise.

The book sets a bar for the success of future systems to be measured against and shows that it is possible to be both generic and specific, defined and nuanced, abstracted and deeply human, neutral and biased. Perhaps the secret of the success of ‘A Pattern Langauge’ lies is in the authors ability to embrace these contradictions.