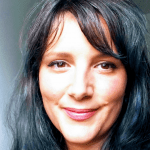 Data and the use of data systems can be a tremendous help to humanity, but there are also negative effects. One such  issue is associated with  datafication: the process of transforming something, someone, or a group of people into data… often into square units of observations or sanitised data points.

Datafication is, in essence, objectification… the act or process of turning people into objects of scrutiny, and ultimately into objects of knowledge to be fully understood and represented by the researcher.

Datafication is consequential. It shapes how we understand groups under scrutiny, such as fat people defined as medically/morally problematic given their BMI, or people fitting certain racial/ethnic profiles being arbitrarily assumed to be more prone to criminality.

Datafication also fashions the way we engage with people. Datafied scores as outputs from algorithms and scales have been used to assess eligibility for mortgages, suitability for higher education, and priority for medical treatment. Worryingly, in the context of COVID-19, The National Institute for Health and Care Excellence (NICE) had initially supported the use of a frailty scale that grossly penalised people with learning disabilities, autism and other stable long-term disabilities for access to critical care.  (These have since been revised following pressure from patient groups)

Datafication, especially in the case of education where it is prevalent, can also have deep conditioning effects on people; contributing to the way we understand ourselves, and having tangible effects on future life chances and possibilities.

Whilst consequential, datafication is also inherently biased and paradoxically limiting. This is in spite (but also as a result) of the objectivist drive to turn and understand the world via data. Thus I believe it’s important to scrutinise the purpose, the context, but also the process of datafication, to avoid flattening realities and triggering avoidable consequences.

The idea of valuing the voices of those otherwise turned into data – considering them as ‘thinking, feeling, acting, situated and embodied human beings’ (Henriques et al. 1998) – can help maintain the complexities and subjectivities otherwise sanitised out of the datasets and outputs… But is it possible to collect subjective data and avoid it from sedimenting into an objectivist datafied state? Critical awareness is key – obviously – reminding ourselves that datasets contain inherent bias and that they can only act as a limited picture, frozen in time. But is it possible to insert the dynamic, self-expanding abilities of human identities into research – beyond the scope of datafication itself, as a means to offset its objectifying and discriminating tendencies?

The concept of play, or playfulness, has quickly become one of interest as a potential antidote to the objectifying tendencies of data, especially in the context of children’s education. This is where the conversation started with fellow data researcher, Dane Watkins, who shares an interest not only in the theory of play, but in subversive playful concepts such as the carnivalesque and the grotesque.

Dane, as an artist and academic, experiments with the incorporation of playful animations into the traditionally clinical context of surveys. His extravagant animated creatures, often verging on the grotesque, subvert the sanitised aesthetic of research whilst also disrupting the linear logic of interaction in surveys.

As an academic researcher, I also worked with the concepts of grotesque and carnivalesque in a past long term project on the burlesque community. My interpretation was that carnivalesque and grotesque practices allowed for non-idealised, ‘passé’ identities to be dynamically created, embraced, and celebrated within the burlesque platform.

Thus, Dane and I have a similar appreciation of the potential of grotesque and carnivalesque practices in subverting the sanitising/idealising process of datafication. This led us to explore how this framework could be applied to research, and critically affect the datafication process.

Our approach is playful, experimental and satirical, and moves iteratively between theory and practice. The idea, to cite anthropologist Victor Turner, is that ‘when play makes serious statements about human condition, people take its outcome seriously’ (1986).

Thus, as part of this fellowship, we are developing a compendium of ideas, akin to an old cabinet of curiosities (at the same time questioning this distant precursor to datafication). We are currently training an AI priest to recognise/quantify sins in confessions (and perhaps recommend other sins that might be of interest). We are also exploring the fabrication and use of digital/analogue shrines (digital icons) to invoke and query the data. Finally, exploring the issue of datafication of students in education, we are looking to develop a project inspired by the symbolic use of monsters (as a reminder of what that is not, or what that can’t be known) in medieval thought and literature. More details and updates on these projects later!