Data consumption increase in lockdown – should we flatten this curve? 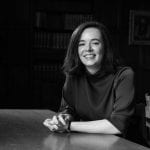 Yes, we are not flying, driving, shopping as we were a few months ago but we are increasing consumption in other ways. The Covid-19 lockdown has driven up broadband and cellular internet usage to twice its usual levels (OpenReach). Working and educating remotely, streaming services and video calls are all up as we are stuck inside with our screens.

Digital data consumption is often removed from the impact it has on the environment, romanticised with words like the cloud and streaming, it seems like part of the water cycle, natural, harmless.

The reality is warehouse-like Data Centres full of temperature conditioned electronics around the world, in addition to cables, data exchanges and billions of personal devices, all material and energy dense. Current figures are the internet emits 1BN tonnes of greenhouse gases in a year (Science Focus), more than the airline industry did in 2018 at 917MN tonnes (ICCT). If this is now doubling in usage, that should not be ignored.

Pub quiz video calls, webinars, online recipes, live work outs and theatre broadcasts are now part of my week which never normally would be. Digitisation of usually analogue experiences is a symptom of us trying to maintain our lifestyles in isolation. These are all creating data which never would have existed before.

The usual evening peaks in usage are now higher and spread more through the day. The BBC is offering advice to speed up connections by using mobile data where possible, but this uses more energy that Wifi or wired connections. They should instead advise for where the data can easily be reduced as then it would be faster for those using it.

We have been in lockdown for a few weeks now, it might be a good time to look at where we are personally consuming and producing data before they become habits.

These are often easier said than done, but my best memories of the past few months have all been away from the screen not on it. This is the start of a digital society, so we should try and make it sustainable. ‘Flight shaming’ was effecting air travel, so might ‘streaming shaming’ one day change the way we use the internet.