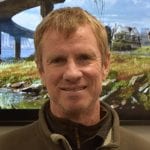 This Oxford mathematician has penned a book on creativity and automation called The Creativity Code which is a topic close to my heart. He is talking soon for the Bristol Festival of Ideas. I am just getting my hands on it. I read an interview he did about it so wanted to offer a couple of preliminary thoughts.

He talks about a ‘creativity code’ as something characteristic of humanity. This is of course a metaphor, one that links human productivity (of things) to computer programming. This gesture is a longstanding one that goes back to 1950s work on programming, especially programming work on AI (or cognitive simulation as it was often termed early on). So there’s that: it affirms one of the major conceptual moves of the 20thC (Turing most famously today) to propose that so long as you can encode (translate) something into mathematical ‘language’ you can simulate it effectively on a computer if you have sufficient number crunching power.

Here is his application of this in his work:

He adds in the interview that analysing human artworks with the help of AI (machine learning, pattern analysis) can open up new insights into the art:

If you look at Jackson Pollock’s work from a mathematical standpoint, we can see new things that we missed before. So there’s an interesting role that AI can play in revealing new structures that we might have missed in works of art that we now take for granted.

This is right I think and there is quite alot of work along these lines already, eg Lev Manovich’s work on cultural analytics that uses AI tools.  I’m not so sure that all of these potential discoveries have been missed and artworks are ‘taken for granted’ without it. Interpretations of art change all the time, through ongoing expert reassessment and scholarship, and through the changing context in which they are received. Manovich for eg. does things like use AI tools to test established accounts of art, eg. Soviet cinema as a cinema emphasising montage techniques.

There’s a more complicated question involved here as well — and perhaps du Sautoy goes into this in his book. How does one assess the significance of a ‘pattern’ that is uncovered/generated by a machine learning system? Is it the evidence of unconscious processes at work in creative making (as du Sautoy suggests in the interview)? Whose are these? the artists, the collective culture’s (and does it have an ‘unconscious’ or do we need another word), or are they coming from elsewhere that is to do with the AI’s ‘coding’, or re-coding of the artwork. Or artworks, as this process implies analysis of a ‘dataset’ of many artworks.

These are fascinating questions to me. I’m interested in what du Sautoy says about them, if anything, in his book. They have to do with the fact that an artwork is a thing that comes partly from the ‘inside’ of the artist but also partly from what is outside of her (in material forms and conditions, cultural conventions), and that it has a life of its own beyond its interior origins. It is also a question about what ‘code’ means, both in ‘programming code’ and more generally. A code is a concept, another metaphor, that tries to straddle material, actual elements (like the letters and other marks I am inscribing on this machine right now) and a meta organising principle/structure underlying and guaranteeing the viability of using the material elements to communicate messages. We assume a code’s stability and coherence in this conceptual sense of code, but in fact they are never stable, and are always changing. What individuals do, and especially artists, is a big part of what destabilises them by using them.

So there’s an X-factor in thinking about codes, and especially about a ‘creativity code’.