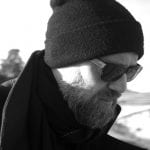 Immersion might mean looking outwards, listening outwards
Immersion might mean there is no vantage point on a situation
From outside this might be seen as a way to map the territory
but the process of mapping has historically often involved some violence
From inside I’m trying to think about common lands, and about common words
There is a linguistic theory we can’t talk about something we don’t have a word for,
You can have it in your head but you can’t get a firm grasp of it.
I’m looking for a languages that we can share,
Languages through which we can exchange, ideas, approaches, tensions.
I want to try unpacking this word immersion, which recently seems to have become a shorthand for specific forms of media and performance, immersion a some kind of cultural signifier, of immersion as a noun, or as a verb,
It feels that everyone is leaning towards the act of immersing as a kind of cocooning, o
Immersive media as a thing that wrap around us,
Immersive theatre as a building with an exclusive entrance policy
I want to think a little about immersion as something that already exists,
something we all live with all the time,
immersion as the way of describing the way we exist right inside complex tangled ecologies.
And around this word, beyond it, underneath it, even woven within it, maybe we’ll find an agenda of care, of attending to the environments we inhabit.
Immersion meaning there is no vantage point.

( extracted from my performance text on immersion language and inversion )