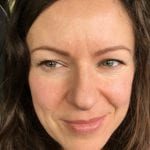 “The language in which we talk to ourselves as we endeavour to make sense of what is around and within us…and which in part lifts us above a world in which we would otherwise be drowned, is itself a wonder…I no longer dream of rising above the great sea of language to make sense of it from some imaginary extra-linguistic vantage point. But I still rejoice in its million nooks, its thousand lights and shadows and its endlessly folded depths”

Tallis, R. ‘In Defence of Wonder and Other Philosophical Reflections’. Acumen. 2012. p5

In ‘On Language as Such and on the Language of Man’, Walter Benjamin defines language as more than a tool with which to communicate facts alone, but a symbol of expression, which includes the uncommunicable as well as the communicable. Reflecting on the above quote by Tallis, in relation to Big-data, which actually does not speak, but looks incredibly noisy and can be difficult to interpret, in an attempt to reconcile with the mute, datafied version of myself, confined to a cell of a Big-data vault, dislocated in a remote data silo somewhere, I dream of an enlivened data-self and wonder what it may want to say.

To fund my practice and practice-led research, over the last two decades I have worked within the data industry, and there is no doubt that thinking through processes of working with data has impacted upon and fed my thinking. Taking a dynamic approach to respond to the changing nature of technological advancements that creatively and intellectually challenge the knowledge economy, my practice-led research interests reflect upon the social and cultural impact that technology may be making. I am curios in exploring the human and data as a symbiotic relationship, to query the notion that technology may be changing our minds, and question if such changes could lead to new methods for knowledge making.

My approach to this fellowship is as an artistic researcher, with the aim of; broadening my knowledge and thinking about data, making new connections, sharing ideas through collaboration, while re-approaching my practice-led PhD proposal with my findings. During this fellowship my intention is to explore data as a material and a form of research, while adopting forms of data processing as a method of production, in a contemporary art context. Working with data processes outside of their usual context I will become a host for the data, to process data outside of the machine, by playing the role of a slow algorithm. As I become a slow algorithm I will play witness to any human-data (dis)connections and form(s) of (mis)communication that may take place, and explore this human-data realm as a supranatural force of life in the world.