Looking ahead (and sideways) 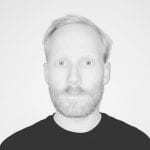 This commission will expand my research in perceptual feedback loops beyond the screen and (digital) camera to other technological methods of capturing, processing and displaying imagery. I propose to carry out a series of short video experiments into various non-human ways of seeing including satellite imagery, photogrammetry, lidar and geodata.

This research will investigate different ways of converting and representing (moving) images, including real-time 3D and video tools used in event design, and material techniques with parallels to digital methods including textile weaving and risograph printing. In particular this study will look at the increasing role of images as data, for instance in image analysis of satellite footage to track environmental change or in the training sets used to train AIs. By looking at analog, material and digital forms of this information the work aims to provide different perspectives on the source material.

The result of this study will be a short ‘teaser’ film which will act as a point of departure for future work. Inspired by films such as Powers of Ten and Koyaanisqatsi, these studies will inform the development of a visual tone poem – an abstract experimental film as a meditation on the role of the image in our connection to the environment. Although completing this film is beyond the scope of this proposal, I will develop the workflow for a 360 or dome experience whilst creating an initial output format that can be distributed online.

I see this as an audio-visual parallel to the ambient music that is becoming more and more popular at the moment and (for me at least) soundtracking the intensity of events such as the covid pandemic and the critical reality of the black lives matter movement. I think there’s an opportunity for abstract, expanded cinema to convey the essence of these ‘hyper objects’ that are otherwise hard to fully comprehend.